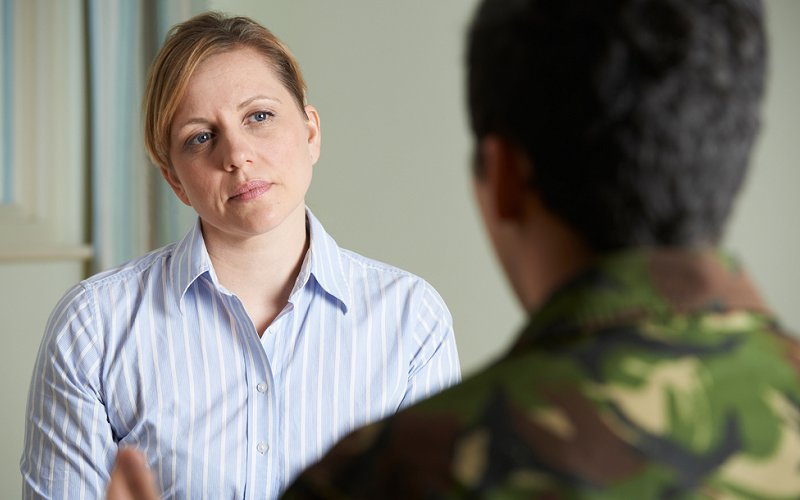 What does Iron Man, The Hulk, Captain America, The Punisher, & Harry Potter have in common? You could say they are all fictional characters – but there is something else that connects them, and its called Post-Traumatic Stress Disorder (PTSD). If you are wondering, what is it or if it even exists in the real world or what it has to do with the veterans? Don’t worry, we have you covered.

What is PTSD & what are its’s symptoms?

PTSD is a mental condition that appears in people due to their traumatic experiences. The experiences that cause PTSD may vary from person to person. Some may have experienced war, for some, it may be sexual assault or accident, violence, child abuse, attack on one’s life. Also, the experience may be single or repeated.

It is not that all the people experiencing such events undergo PTSD. The trauma of the event may subside with time. However, if it sustains beyond a month, it can be PTSD.

Before moving ahead, it is important to understand that trauma is different from stress. As defined by Gomes 2014, ‘Trauma is an experience of extreme stress or shock that is/or was, at some point, part of life’. It is often life-threatening. In contrast, stress is physical or mental tension and has lesser intensity than trauma. The stress may arise due to lifestyle or environmental factors such as divorce, financial pressure, performance anxiety, etc. 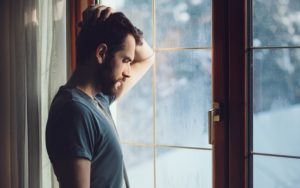 The symptoms of PTSD are physical and behavioural. The symptoms are most likely to appear in the first month of the trauma. However, in some cases, the symptoms may appear even after months or years.

Further, the intensity and frequency of symptoms are different for people. There are long phases in which the symptoms are mild. With the phase change, the symptoms intensify and occur more frequently. Later, the same may develop into a serious threat to the person.

The American Psychiatric Association categorises PTSD symptoms into four categories. Also, the symptoms should appear for more than a month.

Why veterans are more prone to PTSD?

The veterans deployed in war and peace-keeping activities often experience life-loss and extreme violence that can shake anyone to the core. As per research published in NCBI in 2015 the likelihood of a veteran developing PTSD depends upon the following factors.

The reason for the development of PTSD in veterans is highly dependent on the individual. Moreover, PTSD may lead to other problems related to the heart, digestive system, chronic pain and substance use.

How severe is the problem in Australia especially veterans?

Another ground-breaking insight from the same study was that the risk of PTSD was the same among the deployed and non-deployed veterans.

What are the treatments for PTSD? 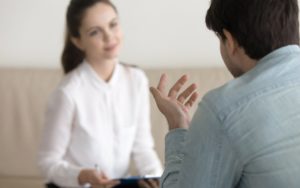 Traditional methods required a diagnosis of the illness by a General Practitioner (GP) or Medical Specialist. The quest for the optimal treatment of PTSD is still going on.  At present, the treatment may include the following.

A meta-analysis shows the greater benefits and superiority of psychotherapy over medication. Following psychotherapies have been found to be most effective in treating PTSD.

Also, Phoenix Australia discourages routinely conducting a structured psychological intervention (like debriefing) in the acute phase after a traumatic experience. It shall prevent PTSD. 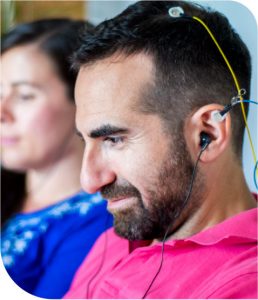 Let’s consdier the STRESS component of post-traumatic stress disorder. It is important to remember that Stress is not always bad but too much can change the brain. A traumatic event or continuous exposure to stress or a stressful situation (i.e combat) is like putting petrol on a fire in terms of your brain activity. It over activates your central nervous system and your brain forgets how to naturally self-regulate.

Neurofeedback is a technology that studies your brain waves and trains your brain to have better control over them. The technique involves sensors that are placed on your head and they detect the turbulence or inconsistencies in the brain activity. The person listens to the music during the session. It detects inconsistency and abrupt changes in the electrical activity of your brain that undermine optional functioning and informs the brain of these sudden shifts through interruptions in the sound you are listening to. This refocuses your brain’s attention to the present moment and allows your brain activity to naturally self-correct.

Therefore, the mood alterations and arousal that are the typical symptoms of PTSD can be contained, alleviated or resolved with Neurofeedback. Even the research has shown that Neurofeedback is successful in alleviating PTSD symptoms and in some cases, it even worked better than traditional treatments such as medication and psychotherapy.

Cognitive Behavioural Therapy (CBT) is a brain training technique that makes a PTSD suffering person re-evaluate their thoughts about the trauma. The technique involves controlled discussions that affirm better control over behaviour and actions by structured thought processing. Typically, 12-16 sessions are conducted for PTSD person in either individual or a group. You can refer to this case example of a veteran suffering from PTSD and how she felt better after a session of CBT.

For treating PTSD in veterans and civilians, Neurofeedback and CBT can be used in parallel. The results of the same have been positive in treating PTSD as well as other mental health issues. 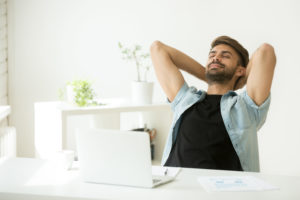 Veterans can access Neurofeedback and CBT help in the comfort of your own home in Australia through Brain Training Australia.  In fact, you don’t even need to leave your own house. You can obtain a referral for an initial ten sessions from your GP (most clients gain one through doing a Telehealth appointment with their GP), which can then be renewed if you find you find we are an avenue that you can benefit from. You are not diagnosed, or labelled in any way – our approach is to improve your overall well-being by working on the symptoms which you are personally experiencing.

If you are based in Perth you can attend our Head Office (if you like), and for all other locations across Australia we provide the exact same services through Telehealth and remote services. Department of Veteran Affairs (DVA) Gold and White cards can cover part of, if not all of the cost of their Brain Training Program – for further information please click here.

We look forward to helping you have a higher quality of life.