At some point, most women experience unpleasant symptoms during the time before menstruation begins, such as abdominal pain, headaches, and mood swings. This pre-menstrual syndrome (PMS) is generally not very severe.

However, some women experience similar symptoms that are so severe they are unable to continue normally with their daily activities. This happens within the weeks immediately before menstruation, as hormone levels fall post-ovulation. Sometimes referred to as ‘severe PMS’, this is also known as premenstrual dysphoric disorder (PMD).

WHAT IS PREMENSTRUAL DYSPHORIC DISORDER?

Premenstrual dysphoric disorder is a severe and much more serious form of premenstrual syndrome (PMS). It differs from PMS because sufferers of PMD find their symptoms debilitating. This disabling condition seriously impacts daily life for those affected, affecting work, social life, and relationships.

Medication or other treatment may be needed to control symptoms. While PMD is often described as an endocrine disorder, sufferers can experience a range of mental health symptoms.

WHAT ARE THE SYMPTOMS? 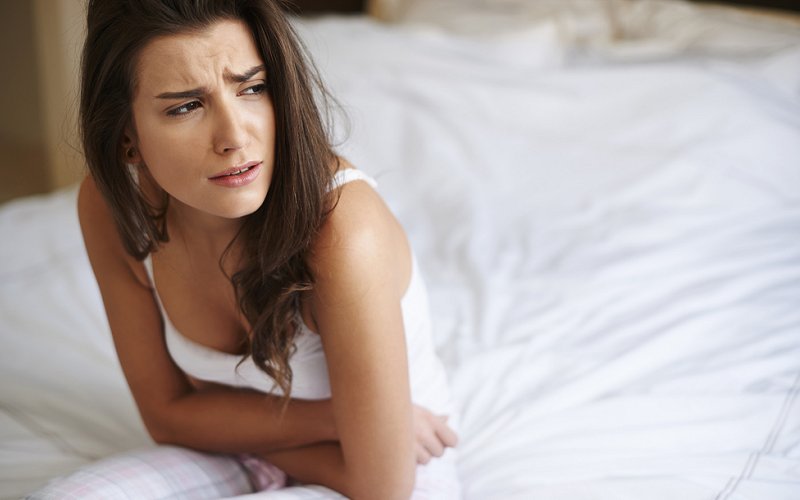 Symptoms follow a cyclic pattern, usually manifesting the week before menstruation starts and continue through to a few days after it has begun. Symptoms last on average for six days and can be both physical and emotional.

A doctor will generally need a detailed calendar or diary of occurrence of symptoms in order to be able to diagnose PMD.

HOW COMMON IS PMD?

PMD affects 3-8% of menstruating women and affects up to 5% of women of childbearing age. It is experienced by women worldwide.

Bipolar depression, anxiety disorders, and other disorders such as seasonal affective disorder and major depressive disorder are more commonly found among PMD sufferers than among the general population.

WHAT ARE THE CAUSES OF PREMENSTRUAL DYSPHORIC DISORDER?

PMD has historically been under treated and pinpointing potential causes of PMD is still an active area of research.

While the exact cause is unknown, it is believed that PMD may be an abnormal response to the hormone changes associated with the menstrual cycle. Timing of the occurrence of symptoms would appear to suggest that they are caused by hormonal fluctuations, but no significant differences in hormone levels have been found in tests of sufferers and non-sufferers of PMD. People with PMD may essentially be more sensitive to hormone fluctuations.

Studies show that PMD is also linked with low levels of serotonin, a chemical that transmits nerve signals and is used by brain cells responsible for controlling mood, attention, sleep and pain. Serotonin levels change throughout the menstrual cycle and a decrease in serotonin may be caused by hormonal changes, leading to PMD symptoms.

There may be a genetic component to PMD and environmental stress may also be a significant contributing factor. There may be an association between PMD and a history of traumatic stress.

Other factors may also have an influence, including:

All new clients receive a free, complementary and no obligation 15-minute face-to-face Complementary Assessment with a dedicated member of our team. If you’re on the fence, wondering if Neurofeedback Brain Training is right for you, then this is a really good place to start.